To support our clients we are posting regular updates on our group main website www.streetstweb.co.uk

Read our coverage of the announcements

The manifesto which was published on May 16th. Labour would introduce a cultural fund to “upgrade our existing cultural and creative infrastructure to be ready for the digital age”. The fund would also support creative clusters across the country designed to boost economic growth. The funds will be distributed over a 5 year period and is described as “among the biggest arts infrastructure funds ever’. 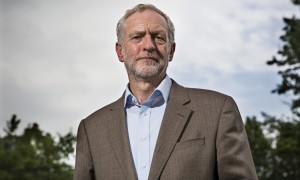 The manifesto includes the introduction of a £160 million for the arts to allow schools to invest in creative projects. This idea was first heard from Jeremy Corbyn last year. It includes strengthening the pipeline of creative talent, with measures such as creative careers advice in schools to demonstrate the range of opportunities available and the skills required

“From the tech sector to theatre production. We will improve diversity on and off screen, working with the film industry and public service and commercial broadcasters to find rapid solutions to improve diversity” it added.

The Creative Industries Federation welcomed Labour adopting their priorities such as supporting small venues, improving creativity in the curriculum and nurturing the creative economy.

“There are some major issues not yet addressed. We urge more detail on crucial issues including a new visa system that recognises the needs of world-leading sectors such as the creative industries and on Labour’s plans for Brexit negotiations regarding our sector,” a CIF statement said.

The Conservative party is yet to publish its own manifesto.